Hellbender Media is thrilled and very proud to be in the script competition in the prestigious H. P. Lovecraft Film Festival, with our ferocious Lovecraftian script Shock Troops.

The H.P. Lovecraft Film Festival® & CthulhuCon™ promotes the works of H.P. Lovecraft, literary horror, and weird tales through cinematic adaptations by professional and amateur filmmakers, panel discussions, author readings, gaming, art, and sometimes live music. The festival was founded in Portland, OR in 1995 by Andrew Migliore, with the desire that H.P. Lovecraft would be rightly recognized as a master of gothic horror and his work more faithfully adapted to film and television. 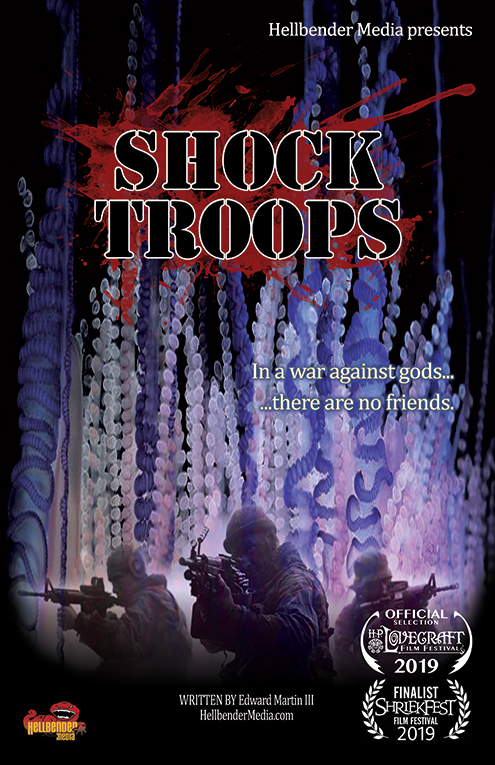 If I were ever stranded on a desert island there would be three things I’d need: food, shelter, and a grip.~George C. Scott